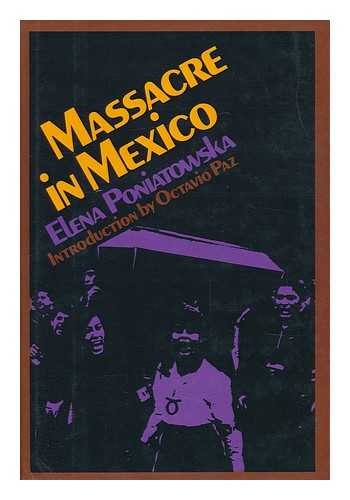 "A heartbreaking chronicle. . .
A week before the world's youth began competing in the 1968 Olympics in Mexico City, an estimated 325 Mexican boys and girls, among some 10,000 students gathered in peaceful protest against earlier police repression, were shot and bayoneted to death in cold blood by Army troops and police. That tragedy, which makes the campus killings at Kent State and Jackson State in 1970 pale by comparison, is told here- by Elena Poniatowska in a heartbreaking chronicle. Mexico's leading poet, Octavio Paz, who resigned in protest as Ambassador to India, sets the historic context before Poniatowska launches into her reporting, a massive chronicle that builds to the night of the Tlatelolco massacre in an accumulation of skillfully crosscut eyewitness accounts by surviving students, parents, iournalists, professors, priests, police, soldiers, shocked bystanders. Helen Lane's idiomatic translation is superb. . ." —Publishers Weekly...