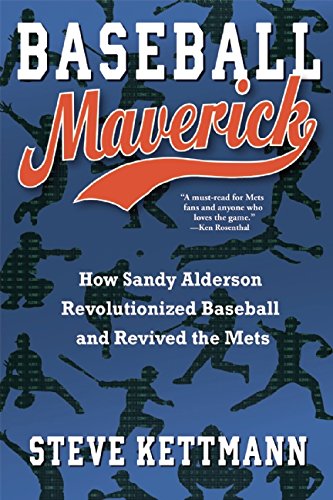 In 2010, the New York Mets were in trouble. One of baseball’s most valuable franchises, they had suffered an embarrassing late season collapse and two bitter losing seasons. Their GM had made costly mistakes. And their principle owners, two Bernie Madoff investors, were embroiled in the fall-out from the largest financial scam in American history.

To whom did they turn? Sandy Alderson, a former marine who served in Vietnam and graduated from Harvard Law. Alderson started in baseball with the Oakland Athletics in 1981. Two years later, he was running the team.

With the A’s, Alderson led a revolution in baseball. Partnering with Apple, he introduced the first computers into the sport and used statistical analysis for everything from unorthodox player evaluation to modernizing ticket sales. He attracted bright people and turned the team into a powerhouse, winning the 1989 World Series. When new owners slashed payroll, his creativity and intelligent management were thrust into the spotlight.

Best-selling author Steve Kettmann follows Alderson's transformation of baseball over the last thirty years and his attempts to turn the Mets back into contenders. This is a gripping behind-the-scenes look at a Major League team and a fascinating exploration of what it means to be smart....