Through the Hitler Line: Memoirs of an Infantry Chaplain (Life Writing) 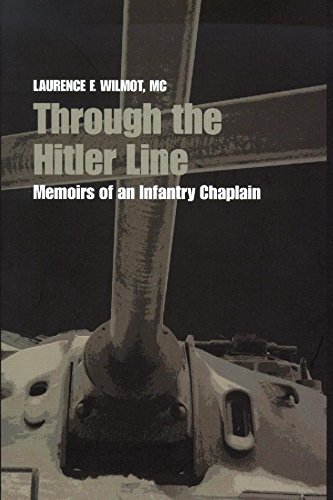 No quibbles returnsGuaranteed packagingDispatch same day for order received before 12 noonMint ConditionNew Laurence Wilmot's Second World War memoir is a rare thing: a first-hand account of front-line battle by an army officer who is a resolute non-combatant. And it is paradoxes such as this that also make Wilmot's book a unique and compelling document. Wilmot, as an Anglican chaplain, is a priest dressed as a warrior, a man of peace in battle fatigues. He is an incongruous figure in a theatre of war, always vigilant for opportunities to partake of silent meditation and prayer, never failing to lose sight of the larger moral issues of the war. His compassion is boundless, his sensitivity acute, and one senses his mounting emotional and spiritual enervation as the death toll of his fellow serving men steadily mounts. At the centre of the book is Wilmot's witness of the murderous battle at the Arielli.

Wilmot's compassion for the fighting men compels him to leave the safety of his ministry and join them at the front, at great personal risk. There, as an unarmed stretcher-bearer, he is kept busy transporting the wounded under enemy fire. In this crucible of battle we see the qualities that attest to Wilmot's character and contribute to his memoir's importance: an indefatigable devotion to his duty to save and comfort the wounded, and a resolve to resist despair in spite of the terrible carnage all around. In short, a singular triumph of the decency of one man in the midst of total war....

Through the Hitler Line: Memoirs of an Infantry Chaplain (Life Writing)