Street Warrior: The True Story of the NYPD's Most Decorated Detective and the Era That Created Him 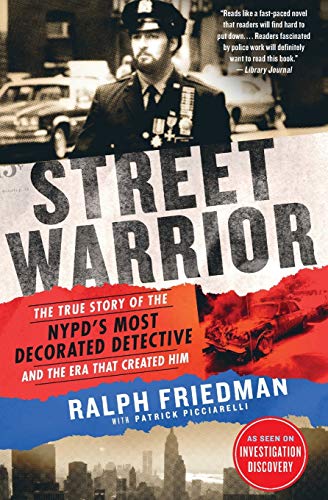 As Seen On Discovery Channel's "Street Justice: The Bronx"

2,000 arrests. 100 off-duty arrests. 6,000 assists. 15 shootings. 8 shot. 4 kills. These are not the performance statistics of an entire NYPD unit. They are the record that makes Detective 2nd Grade Ralph Friedman a legend.

Friedman was arguably the toughest cop ever to wear the shield and was the most decorated detective in the NYPD's 170-year history. Stationed at the South Bronx's notorious 41 Precinct, known by its nickname "Fort Apache," Friedman served during one of the city's most dire times: the 1970s and '80s, when fiscal crisis, political disillusionment, an out-of-control welfare system, and surging crime and drug use were just a few of its problems.

Street Warrior tells an unvarnished story of harrowing vice and heroic grit, including Friedman's reflections on racial profiling, confrontations with the citizens he swore to protect, and the use of deadly force....

Street Warrior: The True Story of the NYPD's Most Decorated Detective and the Era That Created Him