Nazi War Crimes: US Intelligence And Selective Prosecution at Nuremberg 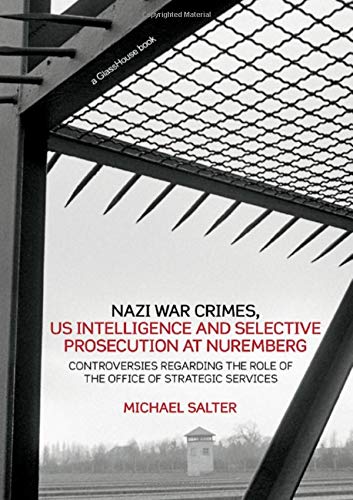 Reviewing recently declassified CIA documents, this book provides a balanced but critical discussion of the contribution of American intelligence officials to the Nuremberg war crimes trials.

Giving new details of how senior Nazi war criminals, such as SS General Karl Wolff, were provided with effective immunity deals, partly as a reward for their wartime cooperation with US intelligence officials, including Allen Dulles, former CIA Director, the author also discusses the role of such officials in mobilizing the unique resources of a modern intelligence agency to provide important trial testimony and vital documentary evidence.

Nazi War Crimes, US Intelligence and Selective Prosecution at Nuremberg argues that both war crimes prosecutors and intelligence officials can engage in mutually beneficial collaborations, but that both sides need to recognize and appreciate the problems that may arise from the fact that these institutions are required to operate according to different, and in some cases contradictory, agendas.

This topical book gives those studying, or with interests in, international law, criminal law and history an insight into the debates surrounding international war crimes, within the context of the Nuremberg war crimes trials....

Nazi War Crimes: US Intelligence And Selective Prosecution at Nuremberg